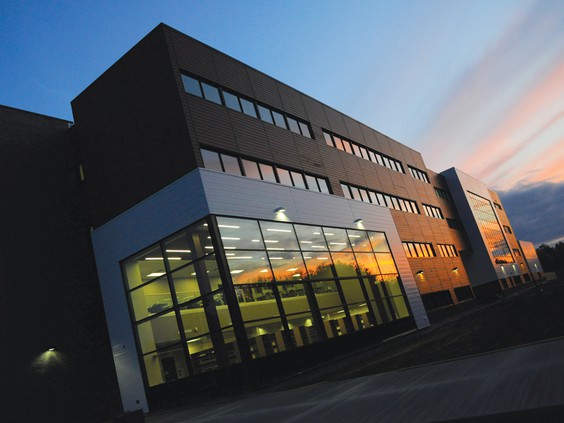 Five years ago, Algonquin College made history when it appointed an executive director of Truth, Reconciliation and Indigenization. The position that Ron McLester accepted was the first such role in Canada’s post-secondary system. Since then it has evolved into a vice-president’s role as the College embraces the calls to action that were made in Justice Murray Sinclair’s ground-breaking Truth and Reconciliation report in 2015.

The report was a watershed moment for Canadians. It shone a light on the injustices done to the Indigenous peoples of Canada, including the use of residential schools, which many have termed cultural genocide. Since the report was released, many businesses and organizations have responded positively and are making an effort to integrate Indigenous teachings into their day-to-day operations, including post-secondary schools.

At Algonquin College’s Pembroke Campus, a short drive from the Algonquins of Pikwakanagan First Nation, several initiatives are underway. These include the introduction of a Kampus Kokum and Elder-in-Residence to support Indigenous students studying at the campus.

A Kokum is an Algonquin Anishinabe word for Grandmother and Annie Parker of The Circle of Turtle Lodge fits the role well. Her gentle and welcoming personality has been well received by students and staff as she provides cultural and traditional insight, support and guidance to Indigenous students.

The addition of a Kampus Kokum and Elder-in-Residence, Aimee Bailey, also of The Circle of Turtle Lodge, was made possible through a special project known as Mamiwi Maadaadizi, or “Start of an Algonquin Journey.” Mamiwi Maadaadizi is supported in part by funding from the Social Sciences and Humanities Research Council through the College and Community Social Innovation Fund grant. The project has several tentacles that reach into many areas of the campus.

For example, several employees and students have participated in Talking Circles and presentations to better understand Indigenous history and philosophy that predate the formation of Canada. These activities have included the Kairos Blanket Exercise, which visually explains how Indigenous peoples lost their land rights because of settler encroachment.

The trauma caused by the forced separation of children during what became known as the Sixties Scoop, when thousands of Indigenous children were placed in foster care or adoption services, and the impact of residential schools, has also been explored. More recently, employees have had the opportunity to learn about Medicine Wheels, the moon’s cycle from an Indigenous perspective and a private screening of the documentary “Colonization Road”, a provocative film which explores the impact of colonization on Canada.

Colonization Road, directed by Michelle St. John and narrated by comedian and activist Ryan McMahon, is a discovery of how the building of roads by European and American settlers negatively affected Indigenous communities, often leaving them isolated. The title for the film is a metaphor for what followed, the dismantling of their land and culture, the effect of which is still being felt decades later.

Sharing these stories are powerful teaching moments. The Algonquins of Pikwakanagan have an informative mobile display that is loaned to schools throughout the Ottawa Valley, including the Pembroke Campus, where it has been showcased for several years. The wooden display panels catalogue local and national Indigenous history, including the oppressive Indian Act of 1876, residential schools, voting rights and the founding of Indian Reserve Number 39, what is now the Algonquins of Pikwakanagan First Nation.

There is still much work to do but the Indigenization journey has begun at Algonquin College’s Pembroke Campus, a post-secondary school that stands on the shores of the Kitchissippi River (Ottawa River) on unceded traditional Algonquin territory. The river holds so much history and a few years ago it was recognized for its cultural value as it was designated as one of our country’s heritage rivers. A special plaque, written in the Algonquin language, acknowledges what the Algonquins call, “The Great River.”

The river is the perfect back drop for Indigenous teachings, but during the COVID-19 pandemic, very few students are on campus. Most are studying remotely. The Indigenous Drums that are frequently used for special ceremonies in the Campus Commons are quiet, but when the day comes that students can return to the campus, the drums will be awakened as Algonquin College’s Indigenization journey continues.

Statement From The Braided Warriors