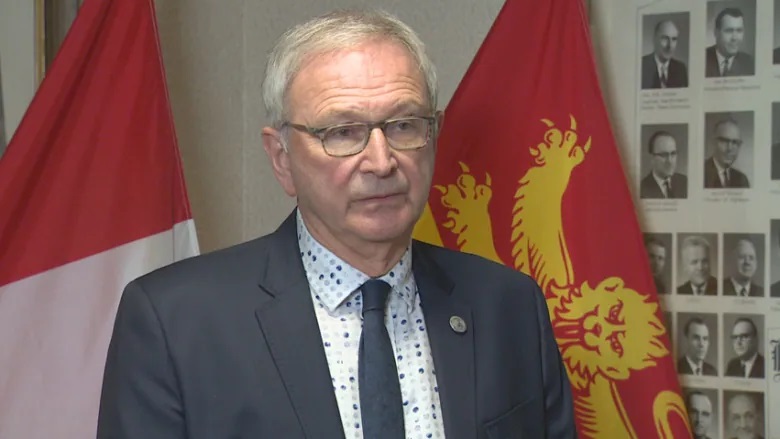 Higgs’ speech touched on several areas including the economy, healthcare, education and the environment. (Ed Hunter/CBC)

Premier Blaine Higgs played the hits, but offered little that hadn’t been heard before in his latest state of the province address.

The speech, hosted by the Fredericton Chamber of Commerce Thursday evening, consisted largely of an itemized list of government accomplishments since Higgs was first elected in 2018.

Higgs’ speech touched on several areas including the economy, healthcare, education and the environment.

One new announcement was a new immigration navigator service that will be implemented by Opportunities NB in the coming weeks.

The premier also cited the province’s population recently exceeding 800,000, adding this was done in large part because of migration to the province, both from inside and outside Canada.

He addressed the ongoing war in Ukraine and the refugee crisis it has caused, adding that many will be coming to the province.

“In the weeks and months ahead we’ll be welcoming many Ukrainians, and I know we’ll help them find comfort.”

Higgs also complimented his government for work that has come under recent scrutiny: its relationship with Indigenous people and racialized New Brunswickers.

Advocates have criticized the province for not speaking out more forcefully on issues of systematic racism and for not instituting an Indigenous-led review of police violence in the province.

“We are not proud of our history,” he said. “I recently participated in a blanket exercise and believe it’s critical to learn about our past and how we can change our  future.”

“There are many other opportunities under discussion that are progressing through regular meetings that we’re having with the chiefs.”