Skip to content
Posted inArticles
Posted by By Jennifer Dany Aube May 29, 2016No Comments 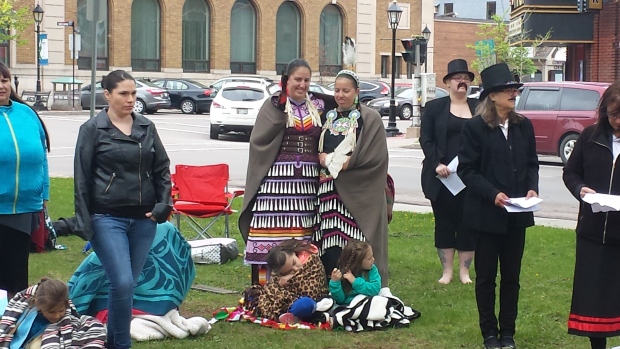 Dozens of people took part in a different kind of history lesson in Charlottetown on Saturday.
(Stephanie Kelly/CBC)

The Mass Blanket Exercise was an activity designed to help people see history through the eyes of Indigenous peoples.

For a long time, kids learned Canadian history through the experiences of European settlers, said organizer Jenna Burke, and the Mass Blanket Exercise gave people a chance to hear the other side of the story. 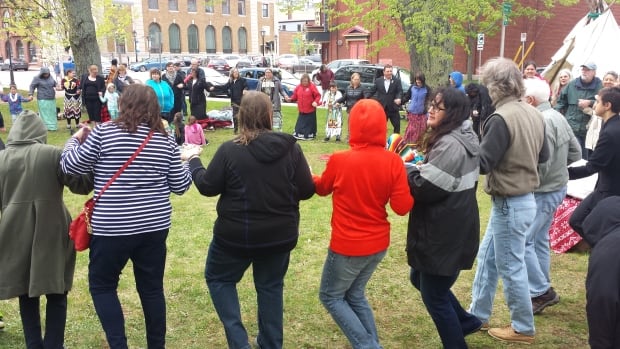 The Mass Blanket Exercise was part of a national event to mark the one-year anniversary of the Truth and Reconciliation Calls to Action. (Stephanie Kelly/CBC)

“I see a lot of things in comments or people just don’t understand, like ‘why can’t they get over it,'” she said. “That seems to be the common thing. Everyone’s had a bad life, but I think this exercise shows it’s not just one incident, this is generations, this is a lots of things that have happened over time.”

The Mass Blanket Exercise was an event held across the country to mark the one-year anniversary of the Truth and Reconciliation Calls to Action. Topics included lost land, residential schools, and disease outbreaks.

Blankets representing North America were spread out on the ground in front of the Coles Building. As the narrator told stories, slowly those blankets were taken away, In the end, there were just a few little tiny blankets left, meant to represent the land left for the Aboriginal people.

Dawne Knockwood, another one of the organizers, said she hopes people left with a different perspective of Canadian history.

‘I really hope people understand more and have a more open mind about the history of Canada.’– Dawne Knockwood

“I really hope people understand more and have a more open mind about the history of Canada and see it from an Indigenous perspective, how Canada has affected our peoples.”

Mari Basiletti, who participated in the event, said it’s important for non-Indigenous people understand that perspective.

“We need to listen to what the First Nations people are telling us and we need to find out more about our history as settlers, and then we need to find ways to reach reconciliation,” she said. “We have a ways to go but we’re working on it.”