Skip to content
Posted inArticles
Posted by By Jennifer Dany Aube May 13, 2016No Comments 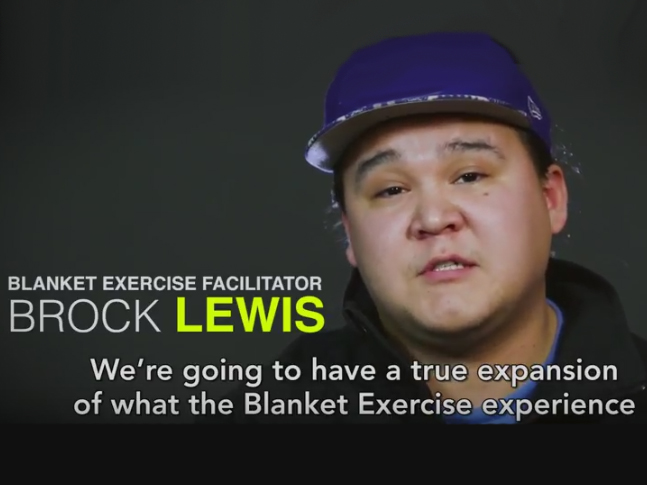 In cities across the country partnerships have been formed and strengthened in the lead up to the Mass Blanket Exercises (MBE). The concept of a MBE was first proposed to KAIROS last year by the Assembly of Seven Generations (A7G), an Indigenous youth-led group based in Ottawa. A7G asked if KAIROS would be interested in co-hosting a MBE on the eve of the Truth and Reconciliation Commission (TRC) closing in June. This year, A7G is hosting a MBE in Ottawa on May 31.

The idea to host MBEs in provincial and territorial capitals to mark the anniversary of the TRC’s Calls to Action, and raise awareness of KAIROS’ Education for Reconciliation initiative, was quickly picked up by Reconciliation in Solidarity Edmonton (RISE). RISE is hosting the event on June 2.

An A7G contact in Charlottetown has facilitated a developing partnership with the Native Council of PEI and is working with First Nations people on the island to host an event on May 28.

A relationship has been rekindled with the Aboriginal Resource Office of Memorial University in St. John’s for an event that is still taking shape (date to be announced).

In Toronto, a strong partnership with Canadian Roots Exchange led to an invitation from the Ontario government for an exercise at Queen’s Park on May 30 for civil servants and MPPs.

These are just a few examples of the many reconciliation partnerships that are supporting our Winds of Change campaign. Other MBE and related events are planned for Winnipeg, Victoria, Regina and Whitehorse. Find all the details in the events listings on our webpage or Facebook.