Skip to content
Posted inArticles
Posted by By Connor Sarazin January 17, 2019No Comments 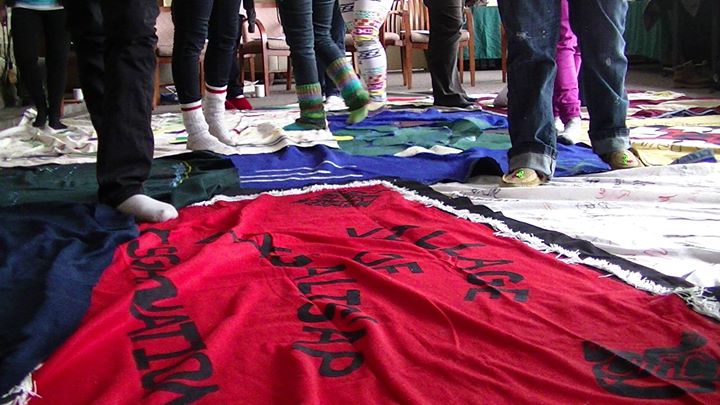 Finding pathways to truth and reconciliation has become the latest focus for Christian activists in Canada.

The nation’s churches and church members have been active on social justice issues over many decades, a Lethbridge audience was reminded Thursday. But Joe Gunn outlined how they’ve been quietly working across denominational lines – though a younger generation of Canadians knows little about their positive impact.

Gunn, executive director of Citizens for Public Justice, said evangelical Christians – 11 or 12 per cent of the population, he noted – are often in the headlines for their opposition to abortion, updates to sex education or LGBTQ rights. But positive Christian initiatives go unreported.

Since the Second World War, he said church groups have organized to assist refugees – Hungarians and Czechs at first, later Vietnamese “boat people” and most recently Syrians. They’ve proved highly effective in mobilizing Canadian legislators on issues like apartheid in South Africa. They’ve put the spotlight on global economic issues through initiatives like 10 Days for World Development.

But younger people – including his own university-educated son – “did not know that history.”

In response Gunn recently released a book, “Journeys to Justice,” in tribute to many Christian leaders who have helped make Canada the nation it has become.

“There is a broader story, things we can celebrate,” he told the Southern Alberta Council on Public Affairs.

Today the Citizens for Public Justice group focuses on poverty in Canada, on refugee rights and on the environment and climate change, he pointed out.

But Gunn said an allied cross-denominational group, KAIROS, is leading the way on another crucial faith and justice challenge: the Truth and Reconcilation Commission’s recommendations.

KAIROS’ experiential Blanket Exercise depiction of Canada’s treatment of First Nations people is being used by congregations right across the nation, Gunn said – and by government departments as well.

“There is great work going on,” by KAIROS and other justice groups. “You work where the energy is.”

But Gunn, who worked with the Canadian Conference of Catholic Bishops for 10 years, reported Catholic leaders have cancelled their support of KAIROS. Its Blanket Exercise describes how several churches were involved in the infamous residential schools. Read full article here.

Written by Dave Mabell and originally posted on January 11, 2019 in the Lethbridge Herald.

Communities coming together for Reconciliation