Skip to content
Posted inArticles
Posted by By Connor Sarazin July 31, 2019No Comments 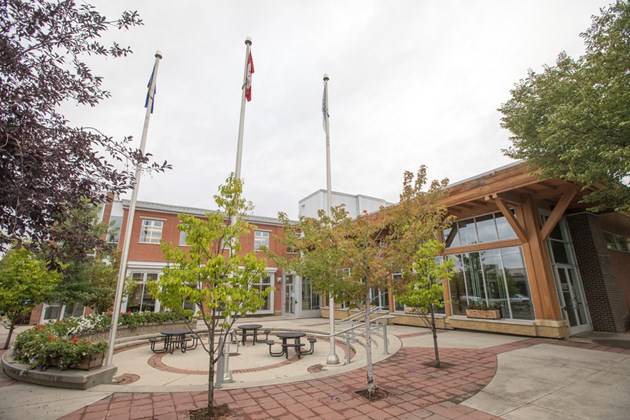 The Town of Okotoks has developed an acknowledgment of the Treaty 7 traditional territories, following a KAIROS Blanket Exercise. Brent Calver/Western Wheel

An Okotoks town council meeting took a step forward on July 15, as Mayor Bill Robertson opened with an acknowledgement of Treaty 7.

The acknowledgement will precede all future Town of Okotoks events, following a KAIROS Blanket Exercise (KBE) on June 27.

“(The exercise) was a great learning exercise to foster truth, understanding, respect and reconciliation among indigenous and nonindigenous people,” said Okotoks CAO Elaine Vincent at the July 15 meeting, where the adoption of the acknowledgement was announced.

The exercise, facilitated by Cheryle Chagnon-Greyeyes, came after the Town received a grant to hold the exercise from the Alberta Urban Municipalities Association/Rural Municipalities of Alberta.

The exercise included members from Okotoks and Black Diamond councils, as well as staff from the Town and partner agencies.

“This was a key delivery item in our strategic plan under strong governance,” said Vincent.

As part of the Strategic Direction – Strong Governance, the Town is committed to aligning services and programs with the Truth and Reconciliation calls to action.

Robertson said they were given a number of resolutions from the exercise.

“I intend, as was said, to read out the proclamation regarding the traditional territories of the people of the Treaty 7 region,” he said. “In terms of reconciliation, starting next meeting (Aug. 19), I will also give two recommendations of the 94 recommendations that came out of the reconciliation report.”

According to official site, a KBE covers more than 500 years of history in a 90-minute exercise, and is a “unique, participatory history lesson – developed in collaboration with Indigenous Elders, knowledge keepers and educators – that fosters truth, understanding, respect and reconciliation among indigenous and non-indigenous peoples.”

Coun. Matt Rockley said the exercise was not what he expected, as he attended the exercise thinking it would be a ceremonial blanket ceremony.

He described the exercise as having blankets to represent all of Canada, and then blankets were removed to show the land of First Nations people being reduced, while explaining the affects on indigenous cultures as it happened.

“It was very powerful, educational stuff, and I think that anyone who has been to an educational session like that totally gets why we would say the acknowledgement of treaty lands at the beginning of a council meeting,” he said. “I thought it was really great.”

He added that he had previously thought of the atrocities that have happened to indigenous peoples, such as residential schools, as having happened in the past.

The Town’s acknowledgement of Treaty 7 was developed in consultation with Chagnon-Greyeyes.

The Town’s acknowledgement of Treaty 7 is as follows: “I would like to acknowledge the traditional territories of the people of the Treaty 7 region in Southern Alberta, which includes Blackfoot Confederacy members Siksika, Piikani, and the Kainai First Nations, the Stoney Nakoda of Bearspaw, Chiniki and Wesley First Nations, the Dene of Tsuut’ina First Nations, and the Métis Nation Region 3, and all those that made Treaty 7 lands their home.”

This article was first published in Okotoks Today on July 18, 2019.