Skip to content
Posted inArticles
Posted by By Connor Sarazin June 7, 2019No Comments 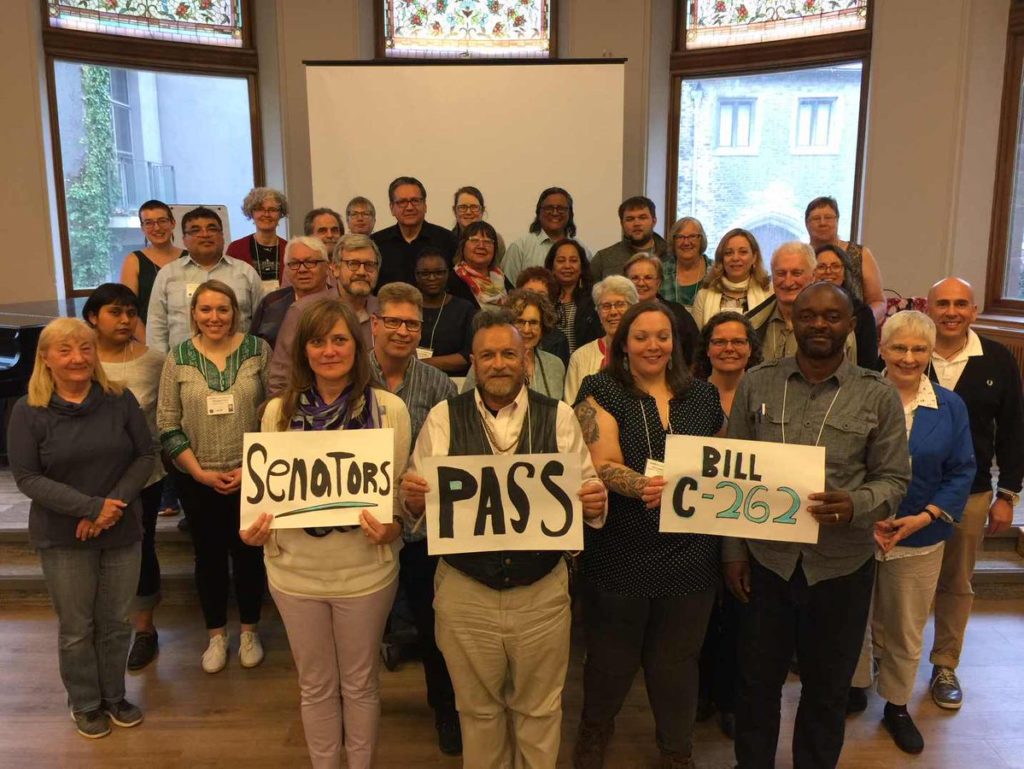 On Wednesday, June 5, Senator Don Plett refused a motion from Senator Lillian Dyck to allow the Senate Committee to proceed with its scheduled review of Bill C-262. The five senators who have been filibustering the bill extended the committee’s afternoon session by adding additional names to the speakers list. When Senator Dyck, Chair of the Standing Senate Committee on Aboriginal Peoples, asked that the committee be allowed to review the bill during the break, Senator Plett, the Conservative Whip in the Senate, refused.

The Senate has two weeks to pass Bill C-262.

We ask you to please write to the Leader of the Official Opposition to remind him that on April 10 the House of Commons passed a unanimous motion calling on the Senate to pass Bill C-262 into law at the earliest opportunity. Ask him to remind opposition senators, particularly Senator Plett, of this motion. And while you are at it, please remind the five senators of the Leader of the Official Opposition’s vote in favour of the motion. Contact details are below.

Your emails and calls are making a difference! Last week you overloaded the phone lines and email boxes of these senators.

The House of Commons and a majority of senators support this bill. Its fate must not be determined by a small senate minority. To learn more about the bill, visit kairoscanada.org/what-we-do/indigenous-rights/pass-bill-c262

The Honourable Andrew Scheer (Leader of the Official Opposition) andrew.scheer@parl.gc.ca

Senator Don Plett (the Conservative Whip in the Senate) don.plett@sen.parl.gc.ca

KAIROS attends closing ceremony of the National Inquiry into MMIWG

Hyperbole and misrepresentation must not prevent Senate passing Bill C-262